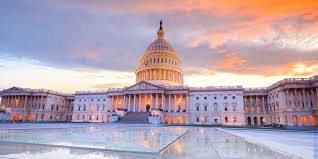 For those of you whom do not know. Since my last block post, I went from photographing trade-show displays and creating email blasts…  to photographing homes and creating real estate listings… to now working in DC as a federal Contractor. Now for someone with a political science and graphic design background, working in DC as a Graphic design contractor for the government is an ideal job.

The only issue is situations like what is happening currently, where the government being partially shutdown. Federal employees affected by this will either be furloughed and will be unable to work, will be required to work without pay, or will still be working but with less people around to assist them. In all past shutdowns, these individuals will receive backpay for time missed. The president and congress need to agree to pass a bill that will reimburse backpay for federal employees. It can never be assumed that it will happen for this shutdown too, but that has been the precedent of the past.

Contractors are a different story. There has never been a bill reimbursing federal contractors for back pay missed because of a shutdown. It’s not to say it won’t happen, but let’s be real here, if there is an issue with getting funding for a border wall, is there really gonna be additional money for back pay for contractors. Probably not. Now, not all federal contractors will be affected by the shutdown either, but chances are that if you are an affected contractor, you’re gonna be a little more concerned than a federal worker, because chances are you will not receive back pay.

There is the option to file for unemployment during this time, which from what I have read, both contractors and government employees can do, though I was told by another source that contractors can’t, though I do not know it to be true as of yet. I will find that out if this shutdown continues and I am forced to take that next step.

I will say that in the department I work in, which has a very even blend of political ideology, there is no one whom has openly agreed with Trump’s idea to shutdown the government until he gets funding for his border wall. About 1/3 say that the border needs to be better secured, but none have said a wall is how to do it. And a few have said that they wouldn’t mind the wall that as promised, but that they also wanted Mexico to pay for it, as promised. Not some roundabout trade deal that is supposed to eventually pay for it. (Personally, I don’t think we do enough “legal” business with Mexico to pay for the wall. Even in 100 years, I don’t think it would pay for itself).